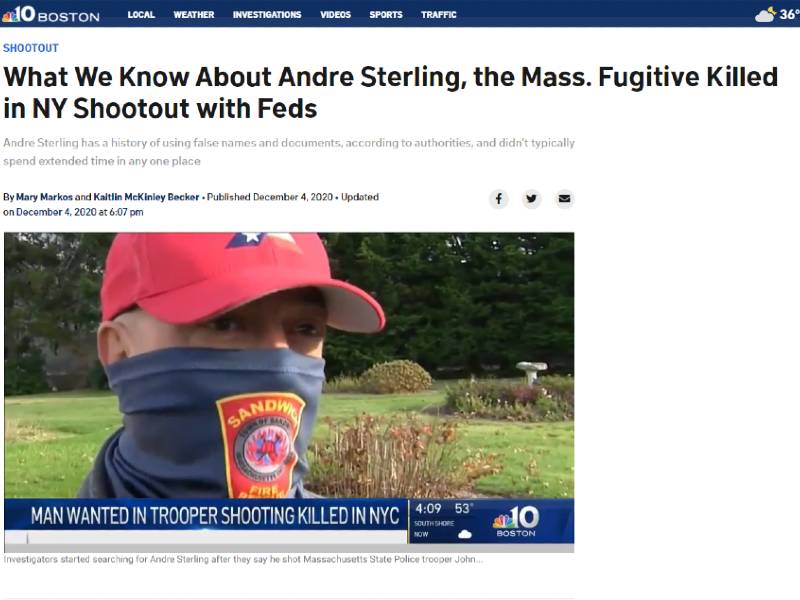 Steve Xiarhos was interviewed briefly today by NBC10 Boston regarding the recent shooting of a Massachusetts State Police Trooper on Cape Cod.

“I just came by today to thank the State Police and to let them know that we love them and we respect them,” Xiarhos said.

Xiarhos said the situation reminds him of Sgt. Sean Gannon, who was shot and killed in the line of duty on April 12, 2018. Gannon’s K-9, Nero, was also shot and underwent emergency surgery. He has since recovered.

“It brings back a lot of memories of Sean Gannon,” Xiarhos said. “Thank God we aren’t going through a funeral of a police officer.”

Please click on the link below to watch the full interview:
https://www.nbcboston.com/news/local/what-we-know-about-andre-sterling-the-mass-fugitive-killed-in-ny-shootout-with-feds/2248340/