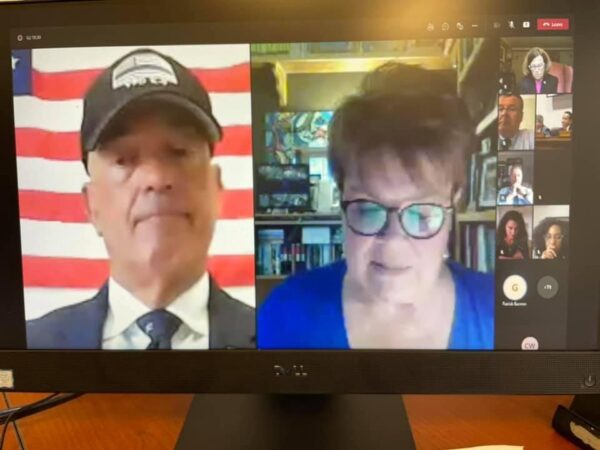 “My fellow legislators, it’s time for us to act. The time has come for us to fix Massachusetts law to permit police dogs to receive emergency medical treatment. These dogs are not just animals, they are every bit the heroes that we recognize their human counterparts in law enforcement to be every day,” said Xiarhos during his testimony in front of the committee.

Nero’s Law was filed in response to the tragic events of April 12, 2018, when Yarmouth Police Sergeant Sean M. Gannon was shot and killed while attempting to arrest a violent career criminal. During the altercation, Sgt. Gannon’s police dog, K9 Nero, was shot in the face and severely injured. Due to a provision of Massachusetts law which prevents EMT’s from treating working service animals, K9 Nero was unable to receive medical treatment on-scene and had to be driven to the hospital in the back of a police cruiser, despite the availability of medical resources on-scene. K9 Nero eventually recovered from his injuries.

The bill was filed originally by former State Representative Will Crocker. Xiarhos, who served as Yarmouth’s Deputy Chief of Police at the time of the incident and was elected to the Legislature last year, is the lead sponsor of the House bill this session. Xiarhos says the events of the day Sgt. Gannon was killed “will forever haunt” him, and he will never forget the sight of K9 Nero fighting for his life that day. He added that recent death of Braintree Police Department K9 Kitt, who was killed in the line of duty last month, has brought renewed attention to the importance of passing Nero’s Law.

“I don’t know if emergency treatment could have saved K9 Kitt, but I do know that it would have benefited K9 Nero immeasurably,” Xiarhos said. “Let’s stand up and stand behind the canine officers who risk their lives to protect us every day with honor, bravery, and loyalty.”

During the hearing, Xiarhos presented fellow legislators with a petition signed by more than 4,000 people, urging the Legislature to pass Nero’s Law into law. “I am gratified by the strong support behind this bill, and I am hopeful it will be passed by the Legislature and signed into law by the Governor in the near future.”